The Strait Goodsthe meanderings of TVI around the Juan de Fuca and Georgia Straits  :  5-17July 2011

—Here's the Deal—
2011 being the 30th year since the founding of Thames, an epochal event was required;
we settled for a leisurely dance tour though points of interest in the Pacific NorthWest.

Paul met up with Ian & Val in the evening in Vancouver Airport, Air Canada bringing them in with the proper 35-minute delay.  We stumbled off happily to find our rental van.   So ... actually, they didn't have a van ...  not as such;  but they did have a solution.  Having heard Ian's description of our intended use of a vehicle, they, with nods, pursed lips and furrowed brows, recommended their largest & thirstiest vehicle, a Ford Expedition.  Skeptical of this diagnosis, we checked our alternatives and soon decided that we did not need a Ford Expedition.   What we needed was a Ford FLEX.   Totally nerdy-looking vehicle, but more space both for legs and gear that that honking SUV.  Turned out to be just the thing.  The built-in GPS insisted (persistently in French) on our doing U-turns to return to YVR until we found the mute button.  Then we enlisted the services of Charles the TomTom, and he cheerfully helped us in our travel to Burlington, WA.  Indeed we grew comfortable in his care.  Until he told us we were at our destination (Fairfield Inn & Suites), when it was clear to casual inspection that there were no signs of ANY sort of habitation:  it was, in fact, as dark as pitch;  no lights anywhere.   First principles reasoning and dead-reckoning however got us to our night's destination at 11.30 PST.

While all this was going on ... ... La Familia Naar arrived, courtesy United Airlines, mid-afternoon at SEATAC.  Despite or perhaps because of?) having made a trouble-free booking of a VAN, Alamo Rent-a-Car  actually HAD no vans ... ...  Cunning diplomacy was deployed ... ... and, a mere 75 mins later, a Toyota Sienna appeared.  And, lo! — it was NAVY BLUE!  What a portent of good fortune.  Yet more:  to avoid ill-feelings, the chaps at Alamo offered a free tank of gas.   By tea-time, the AKA group arrived at Jenni's houseboat where they had supper with Kimberley and Dave of Sound & Fury (more of them anon), and drank Freemont Ale and Freemont IPA.   The food and drink were found to be "very good".   After-dinner conversation over cigars included plans for our time in Seattle at the end of the tour.
Sixth
Meanwhile, other things had been happening ... ... Karl and Jenn arrived at SEATAC and were duly met by Jenni.   Alex and Karen felt the need for a tech-update and acquired Android SUPERphones.  The van was suitably labeled (see below) and the crew rushed to the ferry, arriving at 13.28hs to find that there was not much of a line-up, thus gaining passage on the 14.00hs ferry to Friday Harbour.
While THIS was happening, Jan was taking the shuttle from SEATAC to the ferry terminal ... ... but ... ... she had to settle for the 16.45hs ferry.Back in Friday Harbour, Ian, Val & Paul awaited the ferry carrying Los Naar, Los Voorhees, Karl & Jenn.   Here's what it looked like: And then this became inevitable:

Eventually it came time to ferry the gear, food, people etc. across San Juan Is. to Snug Harbour and then ferried over to Henry Island. Snug Harbour is in the inlet s.w. of San Juan Island Natonal Historical Park, which commemorates the famous Pig War. Why is it famous? Glad you asked:  it shows how individuals and nations can resolve disputes without resorting to violence. For it was here, in the mid-1800s, that Great Britain and the United States settled ownership of the island through peaceful arbitration.  Imagine that, people;  peaceful arbitration.  The Pre-Oil Age. So The Sixth, as you can easily see, was a busy and decisive day.


Seventh
Cinnamon buns and coffee were followed by scrambled eggs + morel (!) mushrooms + spinach.  Yum!    No doubt someone did the washing up thereafter.  Since it was, by East Coast standards, shall we say, a little cool out there surrounded by the ocean's great heat sink, some of us thought it would be prudent to make sure that the woodstove worked as it should.   At some point, it was recognised that there was an insufficiency about the diaper supply, so, back to Friday Harbour it had to be ... ...  Those who remained were entertained by the acrobatics of a small pod of ORCAS, that cavorted at the bottom of Henry's "H". 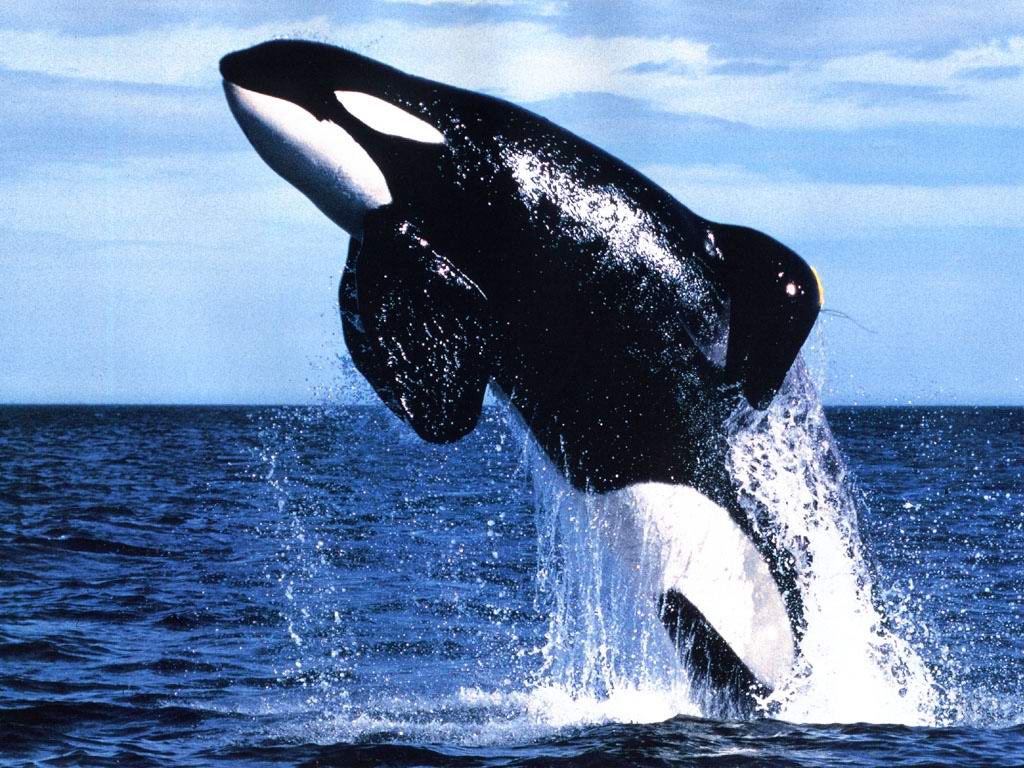 In the afternoon, the main party hiked off to Kellet Bluff, on the s.w. corner of the "H", perhaps hoping for close-up views of said Orcas.   Paul decided on a solo exploration of the s.e. corner of the "H" so as to maximize prospects of bird sightings.   The Kellett Bluff contingent reported no whales of any sort close in shore, but the interpid Ian ascended to the top of the bluff and claimed four orcas off shore.   Untrusting souls expressed skepticism about his claim, but his honour as a trusty reporter of the natural world was vindicated when Paul, unprompted, mentioned seeing the same four beasts from his vantage point across the bay.   The Kellett Bluff day, though marred by much discomfort in the socks from grass seeds, was saved by a close encounter with four Bald Eagles, and Jenni got a pretty nice shot of one of them.   The Company returned to base, tired but happy, and found their confidence in life restored by fruits of the vine and of barley PLUS excellent CALZONES, courtesy of Karl & Jenn.   Late in the evening, some began to wonder when Gus would show up.
Eighth
The Company's determination was challenged early in the day by a very full English Breakfast (sans black pudding).  Though some quailed momentarily at the prospect of mucho grease, all rallied eventually, and all acknowledged that it were reet tasty.    Not to make too much out of this, but this breakfast did put all those volunteers who set to work to MOVE THE FRIDGE in good stead, I think.   This was the Mother Of All Fridges.  Jenni suggested it would be "no problem".  Many will recall that this is a phrase often enunciated by Rob Coles, and we all know what that means.   I mean, it didn't have to go VERY FAR, but it DID have to pass through a door way that, sure as eggs, looked like it might be just a bit too narrow.   It was like the sofa in Dirk Gently's Holistic Detective Agency;  it was, in a phrase, topologically challenging;  it really didn't seem that it actually COULD have passed through that same doorway going in he opposite direction not so long ago, a job apparently manageable by a 5-year-old child (according to Jenni).   Ah! yes! maybe there was no trim on the doorway on that earlier occasion ... ...  OK, so take all the doors off.  An hour or so later, it was in its old resting place, never to move again, I suspect.
Ninth

Despite all blandishments and cajoling, Jim refused to buy the M.V. Meander for the team, which we thought a bit mean really, since it would suit us very well, we thought.   I mean, take a look.  You can see what I mean, right?  Would look lovely with sky blue & navy trim.

I believe this day we all had supper at an Italian restaurant, where our hosts had arranged a room for us.  This was a fine supper, with good food, drink, songs and speeches, offering thanks to our fine hosts and to our fine tour organizers, Alex and Jenni.

Anyone recall the name/location of this restauant?

Thirteenth
This day we transited to Bowen Island, home to Black Sheep Morris.  But first, we must mention or trip, guided by Dawn Lessoway, of  Tiddley Cove, to Capilano Park.  We were duly gobsmacked by the enormous Douglas-firs, Sitka spruces, and Western Redcedars.  The coastal rainforest is AWESOME.

Our encounter took place at Doc Morgan's, hard by the ferry dock.   We readied ourselves with a few drinks, changed into dance-gear and went out to dance on the boardwalk (see above).   It drizzled a bit occasionally, but all was well.  Having exhausted the interest of a local dog, we moved on up the road to The Snug Café where we did further dancing.   My notes remind me that, once again, the unspeakable happened and Jockie once again imperceptibly slid into Dearest Dickie.  Look, just for the record, I'd like to point out that this had only happened TWICE before in all recorded time, but you make ONE mistake and they'll never let you forget it.  Just saying.  All (well almost all) were very kind, and the festivities continued until we decided to quit (our final dance was once again The Gypsy), tired but content, and await the arrival of our food.  This took some time.   Not the hearty fare some had anticipated.  But all finally was well, as you can see.  Except Gus still hadn't arrived.

FourteenthNo dance-out today, but we make good use of the free time in a local school with a practice session, wherein we worked up / resurrected four additional dances:  Touchbridge, Ninety-Eight, Charrington Toby and Local Hero.  Later on we all went over to Dwayne's place for a great feed, with much great beer, singing, dancing, recitations** and the Google-Street-viewing of  family seats over in Jolly Old.   New members of the team became acquainted with a good sampling of Doucette's repertoire of improbable songs.    Ian sang "98" and, not to be outdone, the team followed with the accompanying dance.   Many other dances were done, regardless of the furniture and small children.   Many were amazed— in fact, some were in open disbelief— at the arrival and conversation of Dmitri and Alex the Scotsman.


**Martin and yours truly gave a spirited tag-team rendition of Marriot Edgar's immortal Albert and the Lion and The Return of Albert.
FifteenthSixteenth
SeventeenthWe lost Karl early today.   Which was a shrewd move on his part, since it released him from the health-threatening exertions of the Great Boxspring Migration stunt at the Swanson houseboat.  During the day, others made their several ways homewards, resign that Gus would not be making the tour after all.
A fine memorial to 30 years of Thames Valley;  all should be proud of what the team has achieved in that time, and should look forward to future glories.
!Long Live Thames Valley International!